Magic the Gathering and Sociology: White

It’s safe to say that Ixalan appears to be a pretty unique set of themes that one can only imagine were suggested by one of the WOTC set designer’s kids. After a dark and gruesome return to Innistrad in 2016, Wizards saw fit to quiet our fears with the vibrant and beautiful plane of Kaladesh. Perhaps a plane that seems at home in a child’s imagination, is intended to be our mental massage after the death and destruction experienced on Amonkhet at the hands of Nicol Bolas…

Regardless, hopefully, Ixalan will provide us with an interesting, varied and flavourful standard environment. The question is, what will the meta look like? Will the pro tour end with a yo-ho-ho and a bottle of rum? Or perhaps an almighty roar followed by a scream as a gigantic dinosaur claw comes crashing through the event hall in Albuquerque? It is impossible to say for sure, prior to the release of Ixalan and the introduction of the new cards to standard. That being said, it doesn’t mean that we can’t have a bit of fun speculating right?

Before going over the new decks that seem likely to have an impact on the meta post Ixalan release, let’s take a look a look at some decks we get to say goodbye to. Some perhaps with a teary eye… and others with an assortment of rude gestures (*cough* Mardu Vehicles…).

Alas, it seems it’s finally time for the undead to die (if that makes any sense whatsoever). Zombies lose a bunch of their best creatures with rotation including Cryptbreaker, Diregraf Colossus and Relentless Dead and, unless there is a late surprise Ixalan spoiler revealing that the set contains powerful replacements for these cards, the deck will almost definitely not be able to compete. Any player who is reluctant to let their zombie deck go will likely have to start splashing white for Wayward Servant or blue for The Scarab God and accept that their deck is not going to be as competitive as it once was. Zombie addicts might be best advised to consider playing zombies in other formats such as EDH or casual modern.

I don’t know about you but I for one couldn’t be happier to see the back of Gideon, Ally of Zendikar. The card has seen standard play for pretty much its entire life cycle and been the default 4-drop in every standard deck that could easily produce white mana. With Gideon gone, players will hopefully be forced to put more thought into which card is worthy of the 4 mana slot in their midrange deck. That makes for a more interesting meta, to my mind at least. Mardu Vehicles don’t just lose their key planeswalker though, they also lose arguably their best 1-drop (Thraban Inspector). With the loss of these two cards, Mardu Vehicles seems quite unlikely to survive rotation in any form similar to its current one.

Towards the end of Hour of Devastation standard, we’ve begun to see a slight rise in the popularity of various Eldrazi decks including Green/White Ramp, Mono-White Eldrazi and Mardu Vehicles featuring Thought-Knot Seer. This is no doubt due in part to the Hour of Devastation deserts that tap for colorless mana. Since all the Eldrazi are leaving standard with the release of Ixalan, it seems pretty obvious that rotation will put a cork in ramp/Eldrazi players’ bottles. Fortunately, multiple Eldrazi cards, including Reality Smasher, Thought-Knot Seer and Matter Reshaper, see extensive modern play so there’s plenty of fun still to be had with these weird tentacled aliens.

So we’ve said goodbye to some old friends and enemies but there are certain foes that just won’t be defeated. Which decks do you think might still have a shot post rotation? Here is my guess for the top three already existing decks most likely to have a relatively competitive variant after the release of Ixalan.

Decks that are Likely to Survive Rotation

Energy decks have existed since Kaladesh was released and whether it’s Saheeli Combo, Aetherworks Marvel or the 4 color midrange deck of today, one thing has remained a constant amongst energy decks; they are always extremely powerful. Some energy variant always manages to find its way to tier one status and to be honest, that doesn’t seem likely to change any time soon. With Temur/4 Color Energy retaining pretty much all its cards with rotation (bar a few lands and a sideboard tireless tracker or two), it looks like we best hang on to our copies of Solemnity for the moment.

Despite the relatively notable loss of Falkenrath Gorger, the pro tour dominating red aggro deck will maintain all of its most powerful pieces and pick up a few new tools come rotation. Expect to see the introduction of Lightning Strike to all Ramunap Lists and perhaps the odd Rigging Runner to fill in for Falkenrath Gorger as well. It will be interesting to see if there are any more significant changes to the competitive list after Ixalan. Keep your eyes peeled for a more artifact centred build with Inventor’s Apprentice and Scrapheap Scrounger or possibly a more spell/burn heavy deck with Soulscar Mage, Lightning Strike and Shock perhaps amongst other burn spells.

Control decks always find a home in standard. Whether their role is a less prominent one in which only the most hardcore, veteran control players pilot their deck to victory or a more dominating one in which control becomes a scourge at your FNM with every Spike from here to the moon net-decking Shota Yasooka’s list, only time will tell. Perhaps the most dominant control deck in the Hour of Devastation meta has been UW Approach of the Second Sun followed by Grixis, UB and Jeskai variants. With reprints of Opt and Spell Pierce in standard it is a pretty safe bet that blue control decks are here to stay. UW Approach does lose some of its cheaper removal spells in Blessed Alliance and Immolating Glare but should be able to make up for it with some number of copies of Settle the Wreckage, Essence Scatter or Farm//Market.

New Decks that may prove to be Competitive

Dinosaur tribal is perhaps the deck that people have been most excited for in the run up to Ixalan and not without reason. Carnage Tyrant and Ripjaw Raptor are two of the most pushed creatures we’ve seen in a while and you should expect to see them in creature based midrange decks for the next 2 years assuming WOTC don’t see fit to ban them. With its combination of incredibly powerful and resilient threats and cheap ramp creatures, Dinos take my number one spot for the most likely top tier deck to come out of Ixalan.

I know what you’re thinking “GB Midrange isn’t a new deck, I’m sick to death of Winding Constrictor…” Fair enough, I’m not arguing that GB decks haven’t seen plenty of success in the past few years of standard, I’d just like to bring to attention a new variant of GB midrange that includes a number of cards from Ixalan. As well as plenty of dinosaurs, including Ranging Raptors, Ripjaw Raptor and Deathgorge Scavenger, 2 mana pirate Kitesail Freebooter and new removal spells, Vraska’s Contempt and Savage Stomp, have all made their way into this new GB list. It will be interesting to see how this list develops as the meta continues to evolve after the release of Ixalan and whether or not the deck can hold its own against the aforementioned competition.

Despite lacking the raw power of their dinosaur rivals, a number of the pirate cards Ixalan has to offer do seem like pretty decent tempo cards. The prime example of this is pirates’ all-star curve topper, Hostage Taker. 4 mana for a 2/3 body is far from impressive, but when combined with unconditional creature removal, it makes for a solid card. Throw in the ability to cast the creature spell stolen with Hostage Taker and you’re looking at a UB Tempo dream which is an excellent answer to the infamous Hazoret, the Fervent and will undoubtedly see competitive standard play for the next couple of years. Whilst the other pirate creatures aren’t quite as impressive as their thieving comrade, solid value fliers including Siren Storm Tamer and Storm Fleet Aerialist ensure that Pirates should at least have a chance of competing.

How to Prepare for Ixalan Standard Meta

So hopefully by now, you have a reasonable idea of what the meta is likely to look like post Ixalan release but how to best prepare for it? How are you going to calm the Carnage Tyrant and confuse the control player? Here is a list of a few cards that look to be impactful answers and spicy sideboard techs against some of the decks you should expect to see at competitive standard events.

Settle the Wreckage/Fumigate: Great against dinosaurs and other midrange decks, both are answers to Carnage Tyrant.

Duress: As great against control as ever.

Hostage Taker: As previously mentioned this card is great against Hazoret, the Fervent and will fit especially well into decks that can protect it.

Abrade: Still one of the best removal spells in the format. Decent against multiple decks, if you don’t have it in the mainboard consider siding a few copies.

It’s probably best to close by reminding you that this is just speculation. At the end of the day who knows how the meta will look a week from now? I for one would love to be proved wrong, have completely overlooked a ridiculous rogue deck and have 5 colour cat tribal take down the pro tour but it probably isn’t too likely. Regardless, I hope you are as excited as me to start playing with the new toys from Ixalan, happy brewing Planeswalkers! 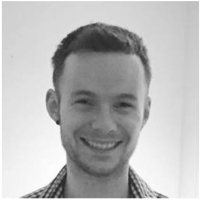 Magic and music fanatic. When I'm not building decks, playing/writing about MTG, I can usually be found producing electronic music, at rock shows or playing games on my PC. I'm a Johnny, by nature, hence standard and limited are my favourite formats. That being said I play a lot of commander and enjoy making silly decks that make the game more fun for everyone; or at least I think they do...