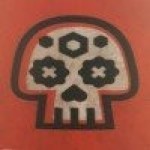 I've been playing Magic since Revised was released in 1994. I took a break from Tempest through Mercadian Masques, and in doing so missed out on some of the most ridiculously fun and overpowered sets ever printed (Urza Block, I'm looking at you). I started back up at Nemesis and played through to Apocalypse, then dropped off from Odyssey through Conflux. I've been steadily active since Alara Reborn and don't see that stopping any time soon. Here're some quick facts about me: 1) I should have realized a long time ago that I'd be a lifer. 2) Right now I'm a mostly casual player, though I do enjoy poking my head into the occasional FNM or draft. 3) I maintain that EDH is the single greatest format ever conceived for a multitude of reasons. 4) I'm not very good at writing down biographical info.

“Ford! There’s an infinite number of monkeys outside who want to talk to us about this script for Hamlet they’ve worked out.” — Douglas Adams, The Hitchhiker’s Guide to the Galaxy

To Infinity and Beyond!

To some, establishing a game state where victory is certain because an infinitely-repeatable card interaction is hurtling them toward an …

END_OF_DOCUMENT_TOKEN_TO_BE_REPLACED

Since this is my first post on MTGCasualPlay.com, I’ll kick things off with a quick introduction.  My name is Andrew, and I’ve been playing Magic for a little over half my life, since the summer of 1994.  I find this game to be immensely rewarding, both for the strategic component as well as for the …